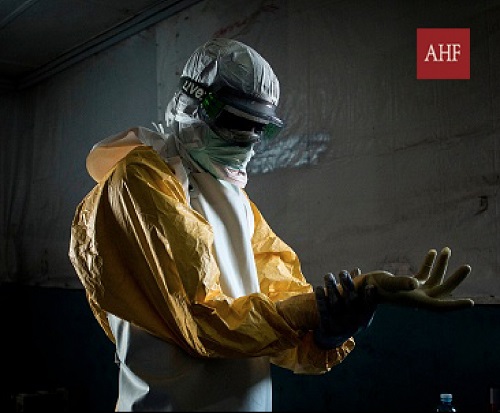 Following reports of the United Republic of Tanzania’s refusal to provide detailed information on suspected Ebola cases to the World Health Organisation (WHO), AIDS Healthcare Foundation (AHF) urges the Tanzanian government to embrace transparency and openness, as failure to do so poses immense challenges in curtailing the spread of the deadly virus and threatens millions of people in Africa and abroad.

According to a WHO statement issued on September 21, it received unofficial information about the death of an individual with suspected Ebola Virus Disease (EVD) in the country’s densely-populated capital of Dar es Salaam, as well as unofficial reports that identified contacts of the deceased had been quarantined in various sites within the country.

WHO also reported it received an unofficial notification that the deceased individual tested positive for Ebola and about the presence of two new suspected cases. While the second case later tested negative, information surrounding laboratory tests results of the third case remained unclear, and despite several requests, Tanzanian authorities have remained mute.

Failure by Tanzania to release critical details about the suspected Ebola cases violates International Health Regulations (IHR) standards, which stipulates that “EVD/suspected EVD is a notifiable disease” as a potential public health emergency. With its proximity to the Democratic Republic of Congo (DRC) – where the second-deadliest Ebola outbreak in history has been raging for the past 14 months – continued silence by Tanzania goes against public safety and threatens risk assessment and emergency preparedness efforts within and outside its borders.

“The government of Tanzania needs to understand that there is much at stake, and their lack of transparency on Ebola puts its citizens, neighbouring countries and the entire global community at risk,” said AHF Africa Bureau Chief Dr. PenninahIutung. “We have lost over 2,100 lives since this outbreak began in the Congo, and all nations must work together to ensure that WHO is officially notified about every suspected Ebola case in line with IHR guidelines.”

Even more distressing is that clinical details and laboratory results of patients remain vague to WHO. “To date, the clinical details and the results of the investigation, including laboratory tests performed for differential diagnosis of these patients have not been shared with WHO,” the statement read. “The insufficient information received by WHO does not allow for a formulation of hypotheses regarding the possible cause of the illness.”

“Our call to Tanzanian officials is quite simple – now is not the time to play politics,” added Dr. Iutung. “Tanzania should cooperate fully with WHO by releasing clinical information, results of the investigation, a list of possible contacts and comply with recommendations for secondary confirmatory testing—as well as report suspected or confirmed cases to enable the agency to assess the potential risk of these events. When it comes to serious health threats like Ebola, we all live in one, united world—without borders.”

AHF also recently called on WHO to provide full transparency regarding its vaccination strategies in the DRC following accusations by Médecins Sans Frontières (MSF) [Doctors without Borders] of WHO’s rationing of the Merck Ebola vaccine, and urged UN Secretary-General AntónioGuterres during his visit to the outbreak epicentre two weeks ago to take the necessary steps to ensure an expedient end to the devastating year-long crisis.

AIDS Healthcare Foundation (AHF), the largest global AIDS organization, currently provides medical care and/or services to over 1.2 million people in 43 countries worldwide in the US, Africa, Latin America/Caribbean, the Asia/Pacific Region and Eastern Europe. To learn more about AHF, .