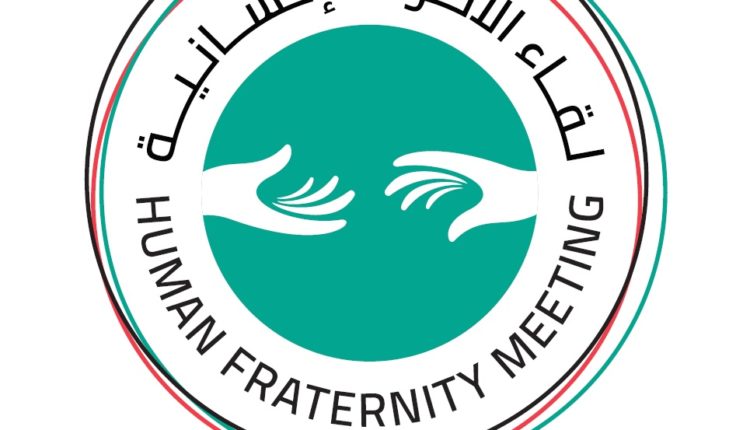 The event will run from 3 to 4 February at Emirates Palace Abu Dhabiunder the patronage of His Highness Sheikh Mohammed bin Zayed Al Nahyan, Crown Prince of Abu Dhabi and Deputy Supreme Commander of the UAE Armed Forces. Aimed at consolidating the UAE’s status as a global centre of tolerance, the gathering will coincide with the historic visit of His Holiness Pope Francis, head of the Catholic Church and sovereign of the Vatican City State andHis Eminence Dr Ahmad At-Tayyeb, Grand Imam of Al Azhar Al Sharif, Chairman of the Muslim Council of Elders to the country.

His Excellency Sheikh Nahyan bin Mubarak Al Nahyan, UAE Minister of Tolerance, will open the conference proceedings. Headline speakers will include His Excellency Ahmed AboulGheit, Secretary General of the Arab League, His Excellency Dr Yusuf bin Ahmed Al Uthaymeen, Secretary General of the Organisation of Islamic Cooperation, His Beatitude Cardinal Bechara Rai, Maronite Patriarch of Antioch and All the East, Dr James Zogby, Founder and President of the Arab American Institute,His Beatitude Bishop Yulius, General Bishop of the Coptic Orthodox Church, Reverend Dr Olav FykseTveit, General Secretary of the World Council of Churches, and His Eminence Ali Al-Amin, Member of the Muslim Council of Elders. The event will draw the participation of leading intellectual and media personalities shaping the fabric of international human fraternity.

Dr Sultan Faisal Al Remeithi, Secretary General of the Muslim Council of Elders, said: “Through hosting this constellation of eminent international speakers and participants spanning diverse faiths, we seek to uphold the values ​​of tolerance and love among mankind as the optimal tools to achieve peaceful coexistence.”

He added: “The conference will provide an ideal platform to reiterate the significance of tolerance and harmony in heralding a new era of human fraternity, mutual acceptance, moderation, and countering the culture of hatred that disrupts peace and security.”

The agenda will feature knowledge sessions focusing on a wide spectrum of themes related to human fraternity, aimed at stimulating discussions on promoting a culture of peace as an alternative to violence and conflicts based on ideological and ethnic differences. The event will reinforce citizenship as an overarching concept, recognised by all religions and human charters, that places the nation above all considerations while combating religious extremism that encourages isolation and hatred instead of peaceful coexistence and dialogue.

The conference will also examine ways to strengthen cooperation between East and West to achieve global peace, as well as the responsibility of international humanitarian organisations to maintain harmony and security. Its sessions will highlight the role of religious, educational, cultural and media organisations in raising awareness of the importance of human fraternity in society.

Furthermore, attendees will discuss the challenges and opportunities facing human fraternity, outlining a course of action to leverage human conscience and religious ethics to address the underlying causes of violence, such as selfishness, intolerance and hatred.