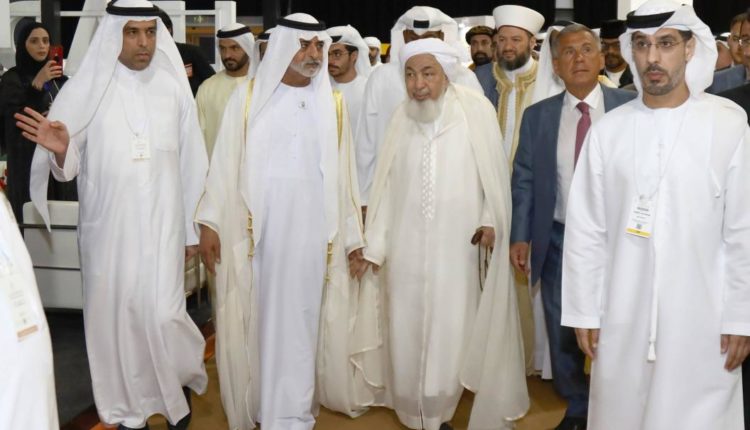 His ExcellencySheikh Nahyan bin Mubarak Al Nahyan, Minister of Tolerance and Chairman of the Board of Trustees of the International Institute for Tolerance, IIT, officially opened on Thursday the second day of the second World Tolerance Summit (WTS), held this year under the theme ‘Tolerance in Multiculturalism: Achieving the Social, Economic and Humane Benefits of a Tolerant World’. Over 3,000 participants from over 100 countries and 70 speakers from around the world took part in the summit, organized by the International Institute for Tolerance (IIT), part of the Mohammed bin Rashid Al Maktoum Global Initiatives.

The event featured a set of interactive sessions and workshops, focused on four themes, economic, social, cultural and media tolerance. It aims to promote peaceful coexistence, mutual respect, acceptance of others and to achieve friendly ties between people, regardless of their faiths, beliefs, cultures and languages.

The special ceremony, held at Madinat Jumeirah Conference & Events Centre in Dubai, opened with the launch of a video titled ‘Humanity and Access to a Tolerant World’, which underlined the instrumental role of tolerance in promoting world peace and security. In his address to attendees, HE Sheikh Nahyan bin Mubarak Al Nahyan said that the summit, graced by the generous patronage of HH Sheikh Mohammed bin Rashid Al Maktoum, UAE Vice President and Prime Minister, and Ruler of Dubai, serves as a prestigious global platform for dialogue and joint action to achieve wellbeing for all.

He said: “The summit complements the UAE’s efforts to serve society and human beings in the region and the world.” Quoting His Highness Sheikh Mohammed, he added: “What makes us proud of our nation is not the height of our buildings, the breadth of our streets, or the magnitude of our shopping malls, but rather the openness and tolerance of our nation.”

The event included dialogue sessions, workshops and aspecialized digital library with more than 80 specialized publicationsand researches. It featured 36 student projects from 16 local and international universities, and an exhibition that saw participation from over 35 local and international government entities, showcasing their practices and programs to spread the values of tolerance, justice and equality.