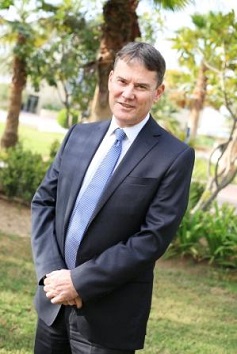 Sharjah English School, a not-for-profit school, has received a glowing report from a team assigned to inspect accredited British schools overseas (BSO) by the UK Department for Education. The BSO report characterised SES as “an outstanding school”, stating that “it is very effective and standards across all areas are high”.

Commenting on the report, SES Principal John Nolan said: “We are very proud that the BSO team from the UK Department for Education has recognised the extremely hard work of our staff, pupils and families, who have created a truly unique educational experience.”

“Sharjah English School is one of a few not-for-profit schools in the UAE, and we aim to foster a true community environment where pupils feel happy and thrive. The report comes on the back of our record-breaking GCSE and A Level results in 2018 – the best in Sharjah and the Northern Emirates – and it is another milestone in our efforts to create excellent opportunities for all our students.”

The report highlighted the high level of academic attainment, and the inspectors were particularly impressed to find students “disciplined, confident and articulate”, noting that “even the youngest students behave responsibly”. The leadership was praised as “effective and distributed” with “an outstanding principal” who has succeeded in creating “a small school ethos with a strong community feel”.

Overseas schools that describe themselves as British are subject to the UK Government’s  voluntary inspection scheme. The UK Department for Education (DfE) inspects schools  based on a common set of standards that British schools overseas can choose to adopt.

For more than four decades Sharjah English School has been the school of choice for families seeking an excellent and challenging UK education for their children. Our school site near Sharjah University City is readily accessible to students from Sharjah, Ajman, Ras Al Khaimah, Mirdiff and most of Dubai.

As a not-for-profit school, SES is dedicated to providing an outstanding education comparable to the best schools in the Gulf region and internationally. Our educational ethos will always remain focused on quality teaching and learning, rather than any commercial imperative; this, we claim, has a profound impact on both our students and teachers. 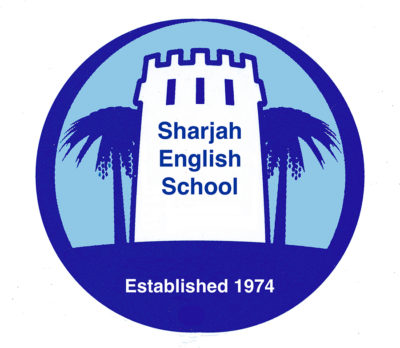 As the smallest not-for-profit school in the UAE, SES can claim to combine strong educational values with an intimate, community atmosphere.

Since the establishment of the secondary section of the school in 2005, we have catered for students aged 3 to 19, with classes now running from Foundation through to A-level, following a broad, challenging and balanced curriculum based on the National Curriculum of England and Wales.

The school is inclusive and can cater for pupils of all abilities; what is important is not where a child starts from, but not limiting where they can finish.

In addition to academic success, the school offers a varied and enviable range of extracurricular opportunities and has established a proud reputation for music, arts and success in sport. The Sports Hall, swimming pool and extensive grassed playing areas are amongst the most impressive school sporting facilities in the country. The Performing Arts Building, opened by The Ruler of Sharjah in 2012, has greatly enhanced our facilities by providing us with an outstanding auditorium, whole-school library, a new ICT Suite, Learning Support Rooms, Music Rooms etc.

A developing school, fully staffed by UK qualified teachers, SES prides itself on a friendly and inclusive atmosphere, and enjoys close links with both parents and the community. Growth in our student numbers is gradual and controlled; the school is determined to retain the feel and characteristics of a small and intimate institution, where the needs of every student are catered for.

Enrolment now stands at 850 children. 60% of our children are in Foundation / Primary, where we have three form intake. Secondary operates two form groups in each year, moving to three forms in 2019.

SES students represent over fifty nationalities, and our diversity is one of our greatest strengths.

Overseas schools describing themselves as “British” are subject to recognition by the UK Government under its voluntary inspection scheme. The UK Department for Education (DfE) has put in place arrangements for inspection against a common set of standards that British Schools Overseas can choose to adopt.

The intention is to inform parents of pupils in British Schools Overseas how standards measure up against the standards that apply to independent schools in England. Inspection teams approved by the DfE and monitored by Ofsted are available to inspect British schools overseas and produce inspection reports which are made available to parents and prospective parents. These reports will inform parents and prospective parents about the quality of provision within the inspected school, and its compatibility with independent schools in England. An essential element of the inspection is considering the extent to which the British character of the school is evident in its ethos, curriculum, teaching, care for pupils and pupils’ achievements. By achieving UK inspection-based approval, participating schools will be able to demonstrate that they provide a British education that has similar characteristics to an education in an independent school in England.